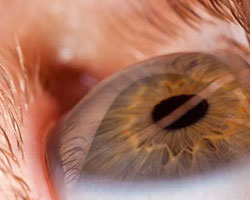 Glaucoma can be described as a group of diseases characterized by cupping of the optic nerve head and visual-field damage. These diseases differ from each other in terms of their causes, risk factors, demographics, symptoms, duration, treatment, and prognosis. The common identifiable features for all forms of glaucoma are loss of retinal ganglion cells, thinning of the retinal nerve fiber layer, and cupping of the optic nerve. There are two key categories of glaucoma; open-angle glaucoma (OAG), and narrow angle glaucoma.

Glaucoma is mainly associated with old age and its overall prevalence is found to be significantly lower in regions with young population. The epidemiological studies have reported that the global prevalence of glaucoma is approximately 3.5% for people aged 40-80 years.

The report covers historical and forecast epidemiology of the disease in the seven major markets including the U.S., EU5 (France, Germany, Italy, Spain, U.K.), and Japan. The report has been compiled by building an understanding of the disease, after reviewing numerous studies conducted by regulatory bodies in various countries.