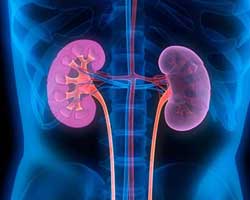 IgA nephropathy, also known as Berger’s disease, is a kidney disorder that occurs when IgA antibody gets settled in kidneys. This leads to inflammation that with time hinder kidney’s ability to filter waste from blood. IgA nephropathy is the key source for Glomerulonephritis, where the functional unit of the kidney, that filters blood gets inflamed.

It is an auto immune disorder caused due to the accumulation of the immunoglobulin A (IgA) which results in inflammation and further damages the glomeruli in kidney. This damage to kidney results in presence of blood and protein in urine, and over time may progress to end-stage renal disease (ESRD). It shows common symptoms that are usually observed include proteinuria (leakage of protein in urine) and hematuria (leakage of blood in urine).

Furthermore, the companies involved in the pipeline are developing drugs with promising targets for the treatment of this disease. The potential targets may possibly stop or slow the progression of the disease with better efficacy and less side-effects. The continuous efforts by various companies to find better and new treatment strategies with potential targets, such as a proliferation-inducing ligand (APRIL) and B lymphocyte stimulator (BlyS), melanocortin receptors, and NF-κB signaling can also prove to be effective in IgA nephropathy treatment, since clinical trials of drug candidates meant to act on these targets have shown promising results.

As of January 2019, the IgA nephropathy pipeline comprises of 24 drug candidates.

The report comprises of detailed pipeline analysis of IgA Nephropathy, analyzing the emerging therapies and their progress status in different phases of development. Comprehensive insights into the pipeline phase products has been provided with special focus on strategic development activities inclusive of collaboration and licensing information, drug designations, financing, grants, technological advancements, and patent. The report also contains competitive analysis and extensive information on monotherapies, combination therapies, targets and mechanism of action, and drug origin with relevance to IgA Nephropathy. It also provides epidemiology analysis of the disease in 7MM.