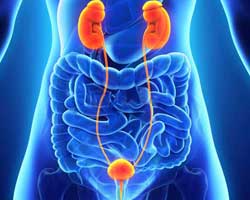 Contepo is a novel, potentially first-in-class intravenous investigational antibiotic with a broad spectrum of Gram-negative and Gram-positive activity, including activity against most contemporary multi-drug resistant (MDR) strains, such as ESBL-producing Enterobacteriaceae. In January 2019, Nabriva Therapeutics plc announced the acceptance of its new drug application (NDA) by the United States Food and Drug Administration (USFDA). The drug has been granted priority review status by the USFDA for the treatment of complicated urinary tract infections (cUTIs), including acute pyelonephritis. The Prescription Drug User Fee Act (PDUFA) target date for the completion of the FDA’s review of the Contepo NDA is June 30, 2019.

The report will include comprehensive insights about Contepo’s market launch. It will further include clinical trial analysis; strategic development details, such as collaborations, licensing, drug designations, and patent details. This report will also provide comprehensive insights upon how Contepo will evolve in the market as well as within its respective therapeutic class.