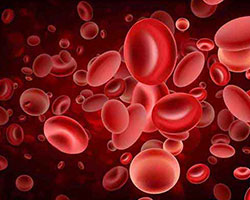 Hemochromatosis can lead to serious conditions such as liver damage, diabetes, arthritis, reproductive complications, and cardiovascular diseases, if the disease is not diagnosed or treated at an early stage. It is primarily diagnosed by blood test, and also thorough physical examination. To confirm the diagnosis, additional liver function test (LFT), magnetic resonance imaging (MRI), and liver biopsy are done.

Exjade by Novartis International AG, and Ferriprox by ApoPharma Inc. are the key U.S. Food and Drug Administration (USFDA) approved therapies available in the market for the treatment of hemochromatosis.

In addition, positive clinical trial results and strategic decisions of companies to collaborate with other companies are also facilitating drug development in hemochromatosis pipeline. Additionally, the issuance of patents helps in achieving different milestones in the form of grants and designations from regulatory bodies and institutes, including the U.S. USFDA, the European Medicines Agency (EMA), and the National Institutes of Health (NIH), among others.

As of March 2019, the hemochromatosis therapeutics pipeline comprises 10+ therapeutic candidates in different stages of development.

The report provides epidemiology forecast of hemochromatosis for seven major markets, such as the U.S., Japan, and EU5 countries (the U.K., Germany, France, Italy, and Spain). It covers prevalent population and treated patient population for the period 2016–2028.

Some highlights of the report “Hemochromatosis Therapeutics – Competitive Landscape, Epidemiology Forecast, and Pipeline Analysis, 2019”, include: